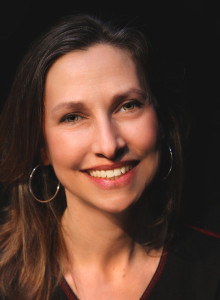 Dana is the playwright and lyricist of the following selected works:

DAUGHTERS of the SEXUAL REVOLUTION.  DAUGHTERS has had readings or workshops at The Workshop Theater (NYC), the Dramatists Guild Foundation, Manhattan Theatre Club, The New York Society for Ethical Culture, the Players Club Theater of Swarthmore (PA) and Clamour Theatre (FL), via zoom.  DAUGHTERS was selected by the Dennis & Victoria Ross Foundation/OHenry Productions for further development.  Several monologues from the play will appear in “SHE PERSISTED”, to be published by Applause Books in 2021.  Dana is currently working on adapting DAUGHTERS for the screen.

LIBERTY, a monumental musical (book & lyrics).  LIBERTY enjoyed two limited run, off-Broadway productions at Theatre 80 and 42West.  The original off-Broadway cast recording was produced by Broadway Records and is available on iTunes, Amazon and broadwayrecords.com.  LIBERTY will return to the New York stage as soon as theaters reopen.  LIBERTY is commercially optioned and available for national and international licensing through Miracle or 2 Productions.

CYCLONE and the Pig-Faced Lady (book & lyrics).  CYCLONE was Winner of The Women’s Project Collaboration Initiative Grant and selected for a Next Link Project funding award through the New York Musical Theatre Festival, where it was presented.  A monologue from CYCLONE will appear in “SHE PERSISTED”, to be published by Applause Books in 2021.

GO DOWN, MOSES.  This is Dana’s newest full-length play, a companion piece to DAUGHTERS of the SEXUAL REVOLUTION.  It was selected for The Workshop Theater’s first-ever developmental intensive and has received public readings there in 2018 and 2019.  GO DOWN, MOSES was presented in January, 2020 at Clamour Theater’s 2nd Annual Playwrights Retreat in Green Cove Springs, FL.  Several monologues from GO DOWN, MOSES will appear in “SHE PERSISTED”, to be published by Applause Books in 2021.  GO DOWN, MOSES will be presented next as a zoom reading in late January, 2021, after which it will have live presentations as part of the PCS Theater’s New Play Festival in the summer of 2021.  It will also be part of Brave New World Rep’s Brave New Works Festival in March, 2021.  In addition, GO DOWN, MOSES is now a Finalist for the Jewish Plays Project’s 10th Annual National Jewish Playwriting Contest.

Dana is a proud member of the Dramatists Guild.  For more information, please visit www.danalesliegoldstein.com.